The scientific programme proposed for the ship consisted of two parts. The main part involved primarily geophysical measurements in the Ross Sea during a McMurdo Sound to McMurdo Sound charter. The second part of the work was mainly oceanographic sampling of the water mass at a series of stations between New Zealand and McMurdo Sound during the ship’s run down to Antarctica. During this latter work geophysical equipment was operated on a non-interference basis.
The main geophysical programme was designed to study three regions in the Ross Sea: the Eastern Ross Sea Basin and its continental margin, the sediment-filled graben of the Western Ross Sea, and the Transantarctic Mountains front.
The main objective of the oceanographic programme was to sample the water mass of the Western Ross Sea at depths down to 300 m to investigate the distribution of hard-shelled phytoplankton, between New Zealand and the Ross Ice Shelf. The secondary objective was to obtain sea-floor sediment samples along the icefront in McMurdo Sound.

A gravity base tie was made before the ship departed from Wellington for Lyttelton on 5th January. At Lyttelton another gravity base tie was made, the ship loaded fuel and departed for the Ross Sea on 6th January. On the voyage to McMurdo Sound the oceanographic programme and gravity measurements were carried out. The oceanographic programme consisted of carrying out water sampling to depths of 250 m at station intervals of one degree latitude. Rough sea conditions and violent ship motion curtailed the programme but seven stations were successfully occupied.
Gravity observations were made for most of the voyage but rough sea conditions shut down the meter for a couple of days and made data at other times marginal. Bathymetric data were recorded until depths of about 4000 m were reached when signal strength was too small and no record obtained.
The ship arrived at McMurdo Station on 20th January and tied up at the ice wharf. The oceanographic party disembarked and three of the geophysics party joined ship. Faults to the ship’s Weatherfax recorder and the satellite navigator were looked into here.
While awaiting a replacement satellite navigator to be flown from the USA, the ship sailed to carry out some geophysical work in the McMurdo Sound region where navigation based on radar fixes was considered adequate. This short cruise acted as a ‘shake down’ cruise for geophysical equipment, especially the seismic reflection profiler. The sparker system was operated on a profile up the eastern side of McMurdo Sound to central Wohlschlag Bay. Seismic penetration of the system was limited because of the low power and level of 50 Hz background noise. A series of four coring stations for Geology Dept, Victoria University, were occupied along a line from Wohlschlag Bay to Cape Bernacchi. Results were poor, the longest core being only about co mm long. The seismic reflection equipment was then deployed for a series of seismic profiles and gravity measurements across the Sound up to Granite Harbour. This work was severely curtailed in -extent by pack-ice. Icing up of the air lines to the airgun were experienced at intervals of 6-12 hrs which necessitated lifting the airgun to free them. The ice accumulated mainly in the firing board (valves and gauges) on board and in the filter at the airgun. In the latter case the filter was eliminated and in the former case the firing board was insulated and a heater (light bulb) installed. An antifreeze drip feed system into the high pressure airline helped to reduce the freezing problem. At the end of the seismic work a further two gravity core stations were occupied successfully, obtaining cores up to 300 mm long.
On returning to McMurdo Station after the short survey the ship was held up by ice for several hours.
The ship stayed near McMurdo Station alongside the sea-ice for one and a half days before the replacement satellite navigator arrived. The navigator was installed, tested and found to be operating correctly so the ship departed immediately on the main part of the Ross Sea survey. Gravity and bathymetric measurements were made from McMurdo Station to Cape Bird where the seismic reflection equipment was deployed. The seismic reflection equipment was in operation for the remainder of the cruise apart from two one-day periods when the airgun was brought onboard and the ship steamed at full speed to make up time to complete the survey programme.
The ship proceeded eastwards parallel to the ice barrier over Deep Sea Drill Project (DSDP) site 270 then headed to the ice barrier at longitude I70° W.
The location of the edge of the ice barrier was noted as being about 20 km north of the 1962 location shown on most charts. A sonobuoy station was successfully occupied at longitude 176°E, at the south end of the western graben. A set of four sonobuoy measurements were made along the profile along longitude 170°W coincident with the axis of the eastern Ross Sea Basin. Pack-ice caused this profile to be curtailed at 75°30’S and the ship traversed across to longitude 165°W and headed southwards as far as the Bay of Whales. Three more sets of sonobuoy measurements were made along this profile. The next profile, north east towards Marie Byrd Land, was curtailed by ice at 161°W. The ship then headed westwards and the airgun lifted after crossing the i6ç°W profile for the first one-day high speed run. At this time the echo-sounder record greatly deteriorated due to worn-out stylus SO the bridge echo-sounder was subsequently used.
Starting at 75°30’S 177°30’E a series of end to end sonobuoy measurements, nine in all, were made along an east-west profile across the western graben. Good data were obtained. The Victoria Land coastal survey then started with a profile in towards the Victoria Land coast just north of the Drygaiski Ice Tongue. Pack-ice at about 166°E stopped this profile short and the ship headed north east to get around the ice. The ship then lost use of the main engine for six hours as one of the ship’s generators broke down and the other had a jammed starter. The ship then worked Into Terra Nova Bay before heading northwards again. East-west profiles were then run into the coast on the northern side of Cape Washington, to within 30 km of the coast just north of Coulman Island, and to within 15 km of the coast at Mowbray Bay. The latter two profiles were limited in extent by pack-ice which was just too thick to work in. The airgun was then lifted and the ship did its second high speed run southwards to Franklin Island. Profiles were then run in towards the coast, as close as possible in the ice conditions, at Tripp Bay, Granite Harbour and at Dunlop Island. The ship then headed south to the Dry Valley Drilling Project (DVDP) site 15 and a seismic profile was run from DVDPL 15 to MSSTS-1 site. The seismic gear was then recovered and gravity and bathymetrv data obtained en route to McMurdo Station.

Communications from the ship to Scott Base were always adequate. A daily sked on 5.4 MHz was always kept, usually at 1800, occasionally at 0835. The radios used onboard were Transglobe Expedition equipment. Communications with New Zealand, quite important at one stage, were good.

The results of the survey work undertaken as Event 9 can be summarised as follows:

Overall, once the main Ross Sea survey started, the results were good and the survey can be considered successful. The main disappointment in the geophysics programme was the lack of magnetic data, especially in the western Ross Sea area. Elsewhere magnetic measurements are considered to be of low priority as anomalies are few and very large diurnal geomagnetic variations occur. For both the oceanographic and geophysical work the large amount of movement of the ship during the run down to Antarctica greatly limited the amount of data gathered. The gravimeter gyrotable reached its operational limits and a large amount of damage occurred to the oceanographic equipment on deploying and recovering it while the ship moved heavily.
Detailed analysis of the geophysical and oceanographic data will take several months to complete. Preliminary results of the geophysical, in particular seismic, data, however, are available and can be considered by regions. 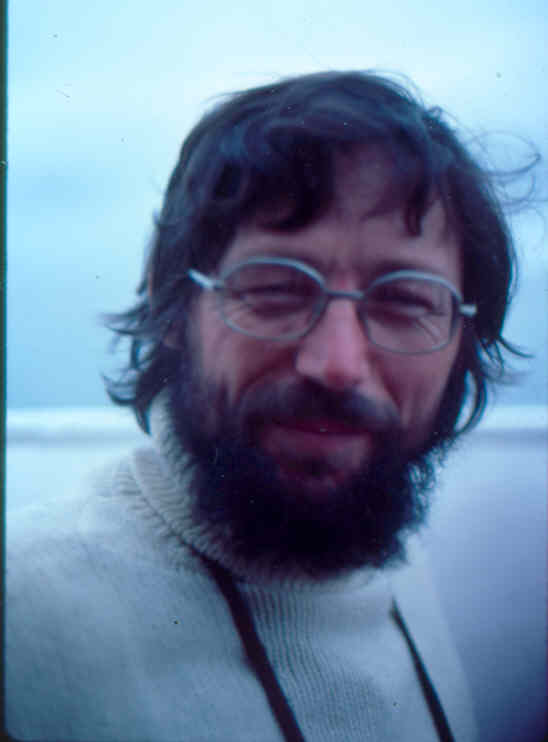 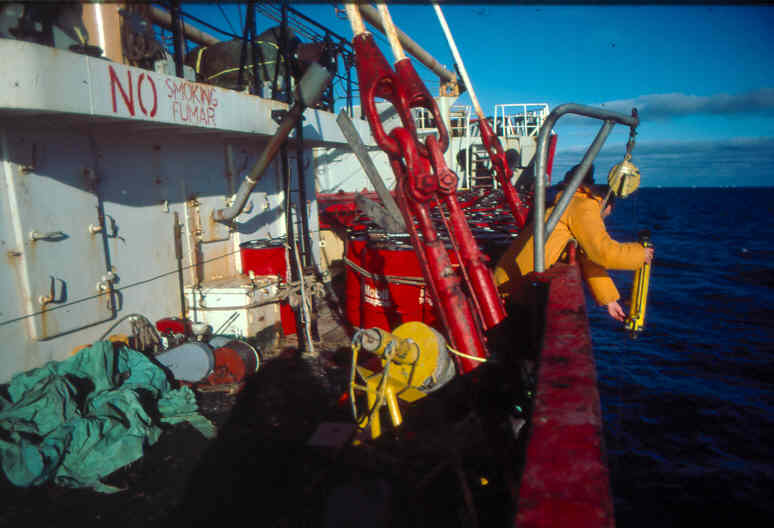 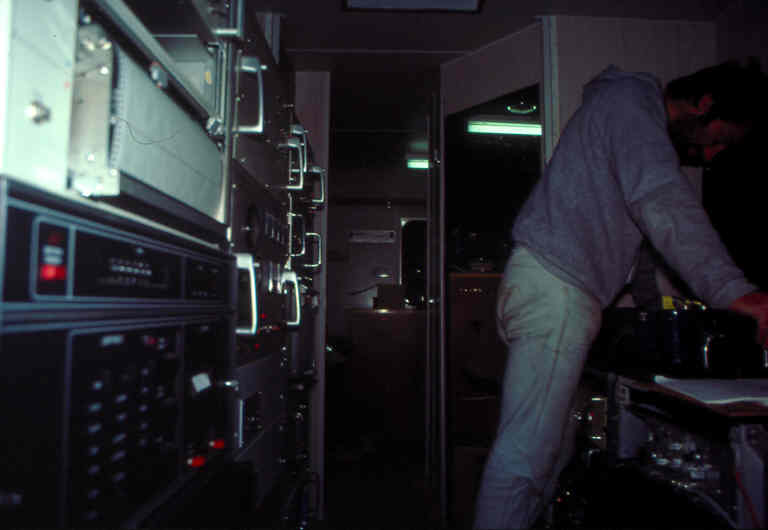 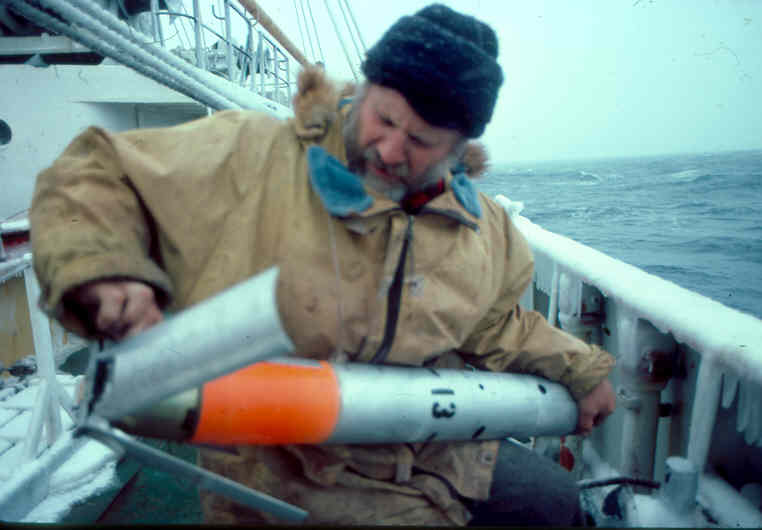